You Are About To Leave the Strategas Asset Management (SAM) Website

We are providing a link to this third-party website for your convenience. The link is provided "as is“, without representation or warranty. If you choose to leave this website and visit the linked site, you will be subject to its terms of use and privacy policies. By clicking below and continuing to the linked site, you acknowledge and agree to the foregoing. 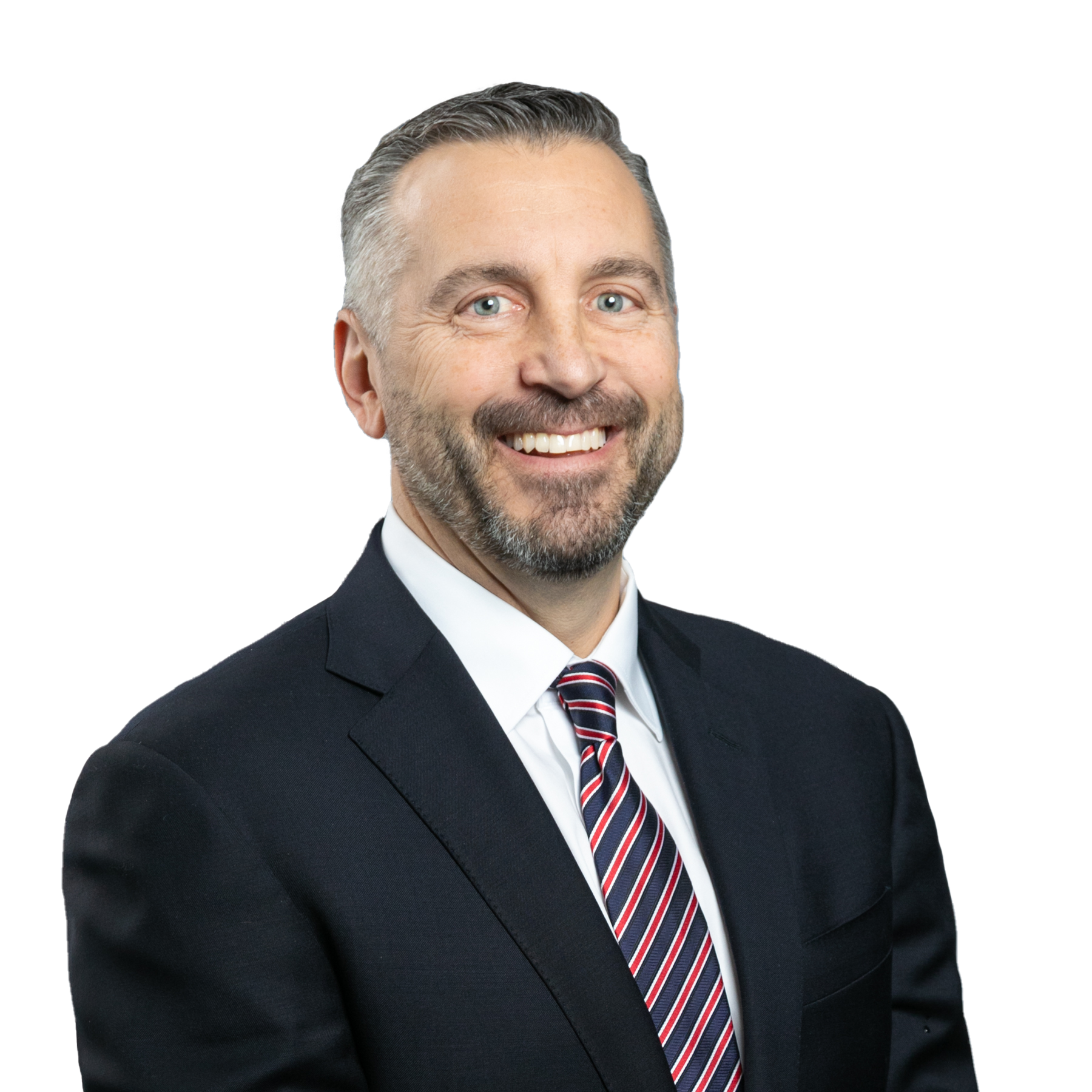 Built to Last or House of Cards?

Built to Last or House of Cards?

With the S&P 500 surging almost 19% off the mid-June lows, only to turn around and give over 10% back, confusion abounds as to the direction of the next trend: up or down. Call it glass half full versus glass half empty, optimism versus pessimism, or any other analogy you want – most investors are at a crossroads in determining whether the rally was the start of something real and sustainable, or just a house of cards.

Federal Reserve Chairman Jerome Powell’s determination to ward off inflation and bring prices back to what they believe is stable suggests that they will continue tightening monetary policy as they attempt a soft landing in the economy.  While this may be fodder for a much longer conversation, we prefer to review the data in hand, speculate less on what the Fed can accomplish, and instead focus on where we believe we are heading.  Each pillar within our macro research detailed below presents observations that, in our opinion, suggest that the summer strength in stocks was a rally in a bull market as opposed to the start of a new bull phase.  Even with equity prices already down noticeably since mid-August, we believe risks remain for the market as we approach autumn.

The rapid economic shut down in the spring of 2020 due to the COVID-19 virus was followed by extremely accommodative fiscal and monetary policies along with a tremendous re-opening snap back in growth late in 2020 thru 2021. However, as the calendar turned into 2022, that robust pace of growth slowed, with the latest estimate of GDP growth putting the US on track for its second consecutive quarter of negative growth. The argument of whether we are or are not in a recession is probably a futile conversation in determining our next economic path.  Some investors may see this as a sign that we have removed the excess fat and are starting to look ahead to a healthy rebound in economic activity.   But Strategas’ Chief Economist, Don Rissmiller, believes the current economic slump is not significant enough to clear the deck and has posited that we could see a “double dip” recession, with the second occurrence creating a more substantially negative impact on the labor market than the first.

A cursory review of recent economic releases presents a decidedly weakening picture:
1. Weak Confidence numbers:
a. University of Michigan Current Conditions1 hit an all-time low in June for the series established in 1978.
b. Conference Board Consumer Expectations hit its lowest level in almost 10 years.
c. Business Roundtable CEO Confidence recently dropped considerably.
d. NFIB Small Business Optimism plummeted to its lowest level since 2013
2. ISM Manufacturing in the US has declined from a post-Covid high of 63.7 down to 52.8 in August, nearing contraction levels of below 50, with ISM New Orders having already dipped into contraction territory with its July reading of 48.
3. Housing data has been particularly weak with:
a. Plunging Pending Home Sales.
b. Weakening new and existing home sales.
c. NAHB/FHA/Core logic house price indexes falling noticeably.
d. Mortgage rates rising as the housing affordability decreases.

While the aforementioned data points are currently suggestive of slowing growth, Q3 GDP is still likely be positive, buoyed by consumer spending and a stubbornly strong labor market.  Globally, we have also observed weakening numbers. China home sales and industrial production fell sharply. Eurozone GDP growth has slowed, coinciding with the plunges in both the German ZEW and IFO German Business Expectations surveys.  The Global Purchasing Managers’ Index has been deteriorating noticeably, with the overall Global PMI index now close to contraction territory and China’s Manufacturing PMI already below 50 for two consecutive months.

So, while the US may print a positive third quarter in growth, the number is still associated with slow growth and Don believes we have a 50% chance of future recession here in the US.  In fact, his recession checklist – updated for the most recent July Durable Goods release – shows seven or eight items checked-off, with each check a step towards recession.  Non-Defense Capital Goods ex. Aircraft Orders currently is the lone holdout.  Don does maintain a 40% chance that the Fed can orchestrate a “softish” landing, but we may very well see the labor market take a hit before all is said and done.

Turning our attention to inflation, we note that when the data reared its ugly head in early 2021, our conclusion was that inflation would remain stickier for longer and was not as transitory as the Fed originally thought.  Now, as we enter the Fall of 2022, peak inflation this time around may very well be behind us in the near term, but we are still faced with levels well above the Fed’s desired 2% year of year reading using the PCE deflator.  In fact, the latest reading for July came in at an elevated 6.3%, a level that would still be above the pain threshold of rising prices.

But with readings in both the PCE and Core CPI down off their highs from earlier this spring, many investors are in the camp that the inflation problem is in the rearview mirror.  However, Don reminds us that there remain elements that could keep those levels elevated longer with wage inflation driving stickier service prices, rents not coming down off higher levels, and energy prices staying higher for longer.  Don goes on to point out that the US peak inflation story is also not translating to Europe as suggested by Germany’s latest PPI surging 37.2% year over year.

The Fed & The Bond Market

Current conditions show the 10Yr-2Yr Yield Curve inverted, having firmly done so in June after a brief inversion earlier in the year.  History suggests that an inverted yield curve pre-dates a recession, having done so in the past four recessions as noted in the chart below.  What appears to be different this time around is the reaction of the Fed. In past recessions, the Federal Reserve did not have an inflation battle to fight and was able to loosen monetary policy to combat the economic slowdown.  Chairman Powell’s hawkish tilt to his most recent Jackson Hole commentary suggests the Fed could keep rates higher for longer than many anticipated even if we see additional weakness in the economic data.  Don Rissmiller notes that in the early 1980s, it took three years and two recessions to finally anchor inflation expectations and believes that we could witness a twin recession scenario this go around to tame prices.

Looking for the “all clear” sign following the June equity rally, we would be hard pressed to find any sufficient signs in the bond market as both high yield and investment grade spreads continue to widen after a brief, mid-summer reprieve.   In fact, except for the Energy sector, the remaining eight sectors all have seen their high yield spreads widen as well since the middle of August.  Strategas’ Head of Fixed Income Research, Tom Tzitzouris, notes that while the Fed continues to aggressively raise rates after sufficiently getting behind the curve, they have been slow to reduce a balance sheet which has reached extremely elevated levels along with other major central banks.  He believes that slow balance sheet reduction vs. aggressive rate hikes puts almost all of the strain on Main Street, while balance sheet reduction would put the strain on Wall Street.  According to Tom, the Fed’s balance sheet should be about half of the current almost-$9T to keep pace with rate increases and notes that, with balance sheet reduction ramping up, pressure on bonds could push the 10-Yr yield above 3.5% while seeing investment credit spreads widen further.  The result would likely put additional pressure on the equity market, with lower prices the probable outcome.

With the current rate hike environment well established, we have already seen an impact on various asset classes as equities remain off their 2022 highs, while the average 30­-Year Mortgage rate hovers around 6%  – levels not seen since late 2008 – adding further pressure to an already weakening housing market.

According to our head of Washington Research, Dan Clifton, the S&P 500 declines an average of 19% intra-year preceding the midterm elections.  The equity market has, on average, bottomed in October of those same mid-term election years, going on to rally into June of the following year.  However, Dan also notes that there were two notable exceptions to the S&P 500 rallying into the midterm elections after its October bottom: 1974 and 1978.  Both of those years also happen to be the two midterm elections where inflation was a persistent problem, a condition like what we are experiencing today.  Looking further inside the beltway, our DC team believes the remaining political backdrop from Washington is currently benign heading into the election and believe the post-election, lame-duck session will not provide much of an impact on equities.

During the rise off the June lows, Strategas’ Chief Technical Analyst, Chris Verrone, had warned that the conditions for a sustained bull market did not materialize.  Defensive sectors such as utilities continued to outperform relative to the S&P 500 and the information technology sector, while the strong thrust of upward momentum normally observed off a significant market bottom, had not revealed itself in his work.  As the S&P rolled over during the middle of August, the market began to show its true colors. He notes that the current macro backdrop is actually worse than the at the time of the June lows, with yields higher, credit spreads wider, and new lows expanding.  Chris and his team also note that most major indices have broken their 20-day low in price, which he believes is a forebearer of additional downside price pressure.  Distribution days – days in which the market is heavily weighted towards stocks which have declined on the day versus those which have risen – have already occurred in four occasions since the recent August high in price. This has also been a historically negative sign for future prices. If we use the 200-day moving average in price as longer-term indicator of trend, Chris notes that only three sectors in the S&P 500 have greater than 30% of their constituents trading above that moving average.  Those three sectors – Energy, Utilities and Staples – suggest that a more defensive posture exists in today’s environment.  This all leads us to believe that until we see some signs of strength back in the market confirmed by stronger macro internal measures, the technical picture will continue to support a cautious stance with risks skewed towards the downside.